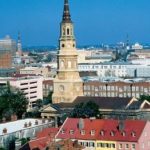 The history of Charleston, South Carolina is one of the longest and most diverse of any community in the United States, spanning hundreds of years of physical settlement beginning in 1670 through modern times.

Charleston, SC is known as the Holy City due to the many church steeples that rise above the low cityscape. Charleston is located in what is known as the Low Country part of the state. It’s known for miles of beautiful beaches, rich history, outdoor festivals, world class restaurants, tennis, and most of all by the southern hospitality of its locals. The city has been dubbed as the “most polite” city in the United States. 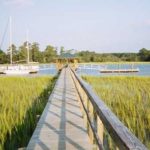 Visitors are pleasantly surprised by the city’s beauty and the quality of restaurants which rivals any big city in the country. Real estate has been a huge draw for people relocating to the area. With a median home price around $200,000 and very low property taxes, Charleston’s housing market has attracted many from far and wide. Another reason for the housing interest is the recent relocation of Boeing’s Dreamliner program, Google, and Amazon to the area. All of whom brought thousands of jobs with their openings. 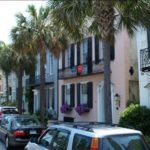 Charleston is also a major tourist destination, with a considerable number of luxury hotels, hotel chains, inns, and bed and breakfasts and a large number of award-winning restaurants and quality shopping. The city is well-known for its streets lined with grand live oaks draped with Spanish moss, and the ubiquity of the Cabbage Palmetto, which is the state tree of South Carolina. Along the waterfront in an area known as Rainbow Row are many beautiful and historic pastel-colored homes. The city is also an important port, boasting the second largest container seaport on the East Coast and the fourth largest container seaport in North America. Charleston is becoming a prime location for information technology jobs and corporations, most notably Boeing, Google, Amazon, Blackbaud, Modulant, CSS and Benefitfocus.

Additionally, Charleston is the primary medical center for the eastern portion of the state. The city has several major hospitals located in the downtown area alone: Medical University of South Carolina Medical Center (MUSC), Ralph H. Johnson VA Medical Center, and Roper Hospital. MUSC is the state’s first school of medicine, the largest medical university in the state, and the sixth oldest continually operating school of medicine in the United States. The downtown medical district is experiencing rapid growth of biotechnology and medical research industries coupled with substantial expansions of all the major hospitals. Additionally, more expansions are planned or underway at several other major hospitals located in other portions of the city and the metropolitan area: Bon Secours-St Francis Xavier Hospital, Trident Medical Center, and East Cooper Regional Medical Center.

Charleston, SC is a great place to live, work and raise a family. If you haven’t made it here yet, be sure to mark it on your calendar and come enjoy one of the few surviving gems of the south.